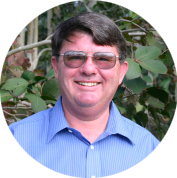 As the price of site prep chemicals has dropped, the natural inclination is to use more since they are cheaper. But more is not always better. Another common problem area is the use of multiple herbicides such as imazapyr, sulfometuron and metsulfuron methyl that all have the same mode of action, and can easily exceed the threshold for pine tolerance when combined at rates labeled for the individual herbicides. Too much herbicide can stunt or kill your valuable pine seedlings. Longleaf and slash are especially susceptible to these persistent, soil-active herbicides but loblolly can also be affected. Symptoms of overdose spraying can include pine mortality, but are often more subtle, such as stunting of growth, development of multiple buds at the pine leader and, in the case of sulfometuron and metsulfuron methyl, yellowing of the pine needles.

Based on research and extensive field observations throughout the southeast during the nearly three decades since imazapyr was introduced, we have developed a matrix for site prep rates based on pine species, soil type and the timing between site prep applications and planting, to optimize planted pine seedling growth and survival while avoiding seedling injury caused by residual herbicide.