Prior to planting seedlings, an operation known as subsoiling, breaking up the ground before planting,  should be performed to shatter the compaction pan associated with past agricultural practices. Subsoiling prior to forestry plantation establishment is strongly recommended for all sites formerly cultivated or pastured, which usually always has problems with soil compaction or a plow-pan (Zobel and Talbert 1984). Many studies have shown that subsoiling improves plant development and vigor (Gregory and Davey 1977). Subsoiling, minimizes soil compaction issues and allows new seedling roots to proliferate to greater depths. One other key benefit of subsoiling is that it prevents surface water runoff, improving soil moisture in the newly established forestry plantation (Zobel and Talbert 1984).

Vendors such as Forestry Suppliers and Ben Meadows sell affordable soil penetrometers that are extremely easy to use and are an invaluable tool to test for soil compaction before and after subsoiling. One such tool that is affordable and user friendly is the Agratronix Soil Compaction Tester. A dial is situated (watch video) so that the user can quickly and easily assess compaction levels inherent to the planting site.

If former agricultural sites are to be machine planted, the mechanical planter is usually equipped with a “shank” that can be adjusted to a depth that will rip or shatter the plow-pan.  The seedling is then placed right behind the ripper in a soil medium where the compaction has been alleviated for better root growth potential. If hand planting is the only option, then subsoiling in the desired transect across the field with a farm tractor prior to planting is essential. Then the hand planting crew can easily follow the ripped line and place the seedlings at the desired stocking level. Either method of planting following subsoiling ensures the newly planted seedling will attain adequate root growth potential.

Finally, an equally important and easy task to complete prior to establishing forestry plantations on former agriculture sites is to perform a soil pH test. It is not uncommon for former agriculture sites to have a higher than desired soil pH for most forest trees. Former pasture lands are usually limed, raising the soil pH to higher than desired levels for southern yellow pine. The soil pH range for loblolly pine, for example, is from 4.5 – 7.0, but is actually most productive and is more tolerant to herbicides at 5.2 – 6.2. University county extension agencies provide directions of how to conduct soil testing and can also analyze results with minimal costs.  Always consult with herbicide specialists prior to treating sites with chemicals both prior to and subsequent to plantation establishment. 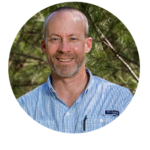 Originally from Meridian, Mississippi, Jason attended Mississippi State University and received a bachelor of science in forestry in 1996. He began his forestry career at Anderson-Tully Company focusing on hardwood silviculture for five years and worked as a consulting forester in Mississippi before moving to South Carolina. In South Carolina Jason has spent extensive time working in reforestation with Weyerhaeuser Company and CellFor before coming to ArborGen in August of 2012. Currently he is studying in the Master of Science program in forestry at Mississippi State University.